Take Gluten Out of Your Diet

One of my children used to complain about the kids at school who avoided gluten, the protein that makes wheat and other grains elastic. “They’re so annoying,” my child said about the gluten-free kids, adding that these children don’t have celiac disease or gluten intolerance, they just think it’s cool to avoid gluten. I think it’s cool to avoid gluten too, but for different reasons.

One reason may be Roundup, the herbicide introduced by Monsanto in 1974. The main ingredient in Roundup is a chemical named glyphosate. Roundup is used to kill weeds. It works. My husband sprayed it on the weeds sprouting up through our gravel driveway, back when my children were young. We were told it was safe after it dried. My kids played in that driveway constantly.

Roundup has another use, as a desiccant. It’s sprayed on ripe wheat (and on other crops like sugar cane and corn) grown commercially in the US to make the wheat dry out (die) more quickly so it can be harvested sooner.  It’s also sprayed on Roundup-ready GMO (genetically modified organisms) crops to kill weeds without killing the crops.

A 2013 study suggests that people who are intolerant to eating food made with wheat may actually be reacting to the Round Up residues on the wheat, not the gluten in the wheat. Organic growers let their wheat dry out on its own, but time is money, so conventional growers use Roundup to speed up the process.

In 2015, the World Health Organization named glyphosate a probable carcinogen. A California jury in 2018 awarded $289 million to a man who claims Roundup caused his cancer. In 2019, a second jury found that glyphosate contributed to another man’s cancer. Roundup is the most widely used agricultural chemical ever. Every year, more than 300 million pounds of the chemical are sprayed on American crops. In 2017, California added glyphosate to its list of chemicals known to cause cancer.

My husband’s favorite saying is “When in doubt, leave it out.” I don’t want chemicals in my food, so the news (to me) that wheat is sprayed with Roundup is yet another reason for my family to stay far, far away from wheat.

My family members have gluten intolerance, although we’re not technically “allergic” to gluten. What’s the difference? Our allergist can explain it in detail, but suffice to say, our allergies, which do make us sick, are not life-threatening. If we eat foods we can’t tolerate we can get a lot of nasty symptoms, among them headaches, skin rashes, irritability, digestive disorders, nausea, dizziness and brain fog, but we don’t go into anaphylactic shock, which can be fatal.

I removed gluten slowly from my family’s diet, but in retrospect, I wish I’d done it quickly and thoroughly. It can take at least six months for the body to heal from the damage to the gut caused by gluten, so if you continue to eat even small amounts of gluten, you keep extending that six-month recovery period. Only after I became absolutely rigid about not allowing a molecule of gluten into my house or my family’s diet, did my children and I begin to feel a lot better. Back then, it was harder to find out if foods contained gluten. I had to call or write (yes!) to the manufacturers to find out.

Once your gut has healed from gluten-inflicted damage entirely, you may be able to tolerate tiny amounts of gluten on occasion. (Not true for those with celiac disease, though!) If my child accidentally eats gluten, there are a few symptoms, but they go away in a day or so. If my child ate gluten every day, the symptoms would never go away.

So, how do you remove gluten from your diet? The Celiac Disease Foundation has a list of foods that contain gluten.  You can print it out and take it with you when you go food shopping.

In short, anything made with wheat flour is a no-no, including bread, pasta, rolls, cookies, cakes, etc. Other gluten-containing foods include barley, spelt, triticale (who eats that?), rye, graham, malt and brewer’s yeast. Beer is out if it’s not gluten-free, but wine and most distilled beverages are gluten-free.  Lots of sauces, soups, cereals, things like ketchup and soy sauce, contain gluten because wheat flour is used as a thickening agent. Potato chips and French fries are often dusted with wheat flour to keep them from sticking together. Many processed foods contain gluten unless they are labelled “gluten-free.”

My rule: read labels. If you can’t read the ingredient label (some are teensy), put the item back on the shelf. Unadulterated meats, fruits and vegetables are all gluten-free as are all eggs and dairy products. (No one in my family except my husband can tolerate dairy, so we don’t eat anything with dairy in it, gluten-free or not.) Oils and nuts are gluten-free too unless someone sprinkled them with wheat flour. (We avoid peanuts because they’re usually  contaminated with mold, which we’re all allergic to.)

All the recipes on this blog are made without gluten. Once your pantry contains some gluten-free staples, like gluten-free flour, xanthan gum and tamari soy sauce (if you can tolerate soy), you can translate most recipes into gluten-free versions. If there’s a food you are unsure about, you can look on the manufacturer’s website, or call them and ask if the product contains gluten. Foods dusted with wheat flour, like frozen French fries, often don’t list wheat on the label, so always check with the manufacturer if the label doesn’t say “gluten-free.”

You don’t have to deprive yourself of much by going gluten-free. If you crave Oreos, for example, you can find several gluten-free similar cookies in your local supermarket. That wasn’t the case a decade ago, but packaged gluten-free food has proliferated. Again, please read labels. Sugar- and chemical-filled junk food is still junk, even when it’s gluten-free. 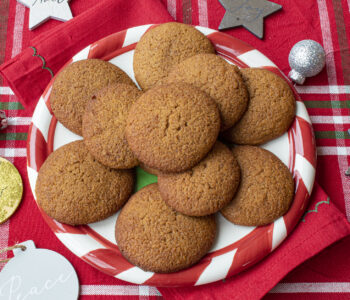 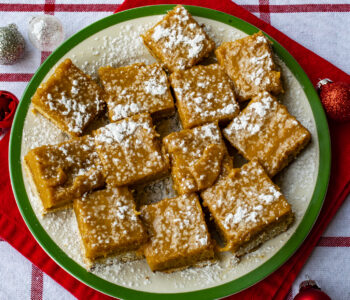 A Cozy Pot Roast for a Cold Day

How to Refresh Stale Nuts

Copyright 2018-21 Springhouse Turtle & JH Walsh - All Rights Reserved - No content or photos on this blog may be duplicated or republished without written permission.