I sighed when I found beets in my summer farm share. I’ve always had trouble peeling beets. Instead of moaning (well, in addition to), I watched the handy how-to video my local farmer provided along with the farm share, obviously anticipating the groans of cooks like me.

As it turns out (and it usually turns out this way), peeling beets is a lot simpler than I’d imagined. I’ve had a few failures in this arena, but I wasn’t paying attention. This time I did.

Basically, you wash and boil the beets, cool them under running water, then peel off their skins with your fingers. Usually, the skins pop off in one or two pieces. I’ve found older red beets like to hang onto their skins, which tend to be thinner, so the fresher the beets, the better.

No mystery, no magic. Wash, boil, cool, swipe off the skins, chop, eat. Beets are amazing. 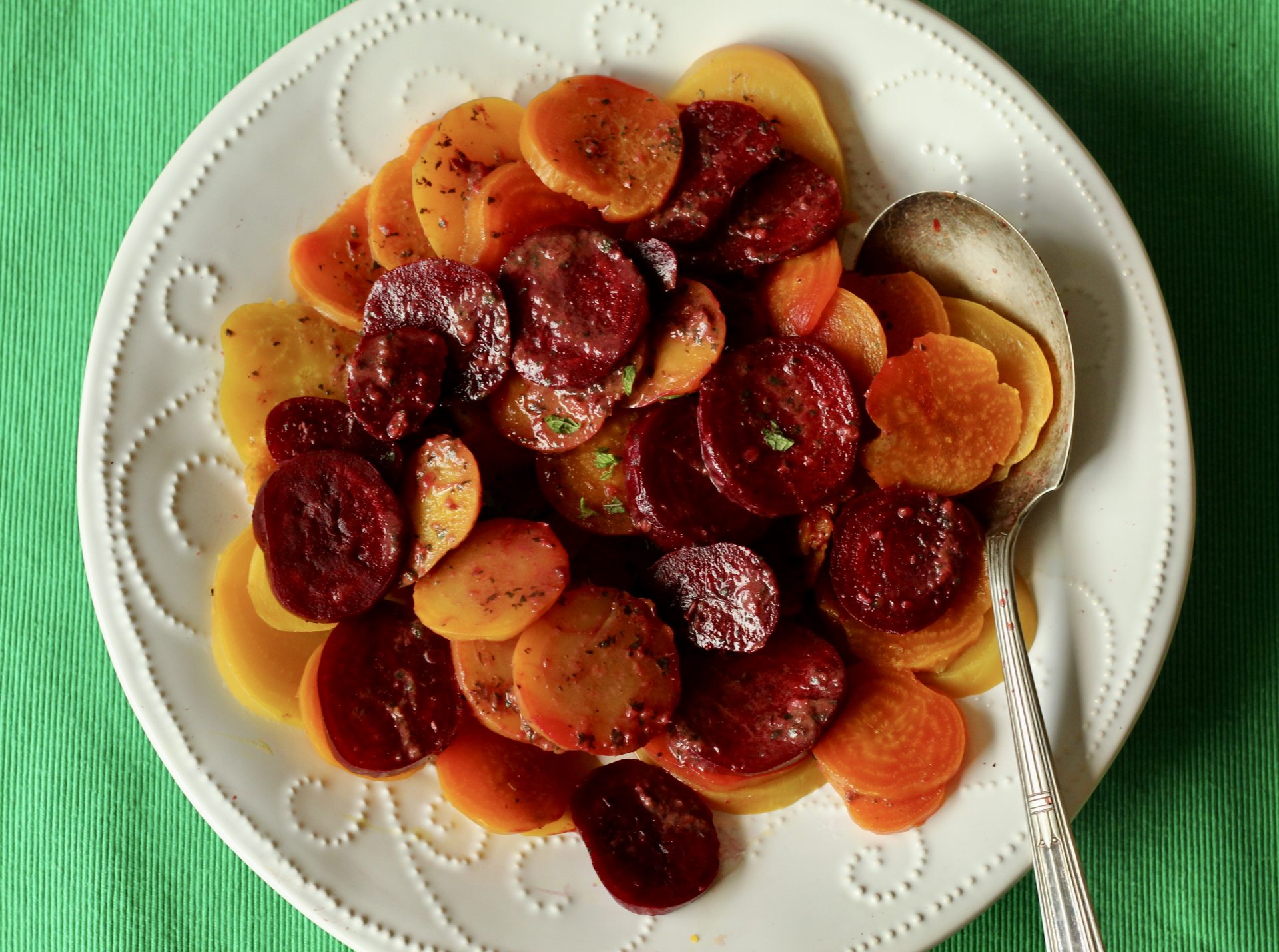 Beets are simple to prepare by boiling, cooling, then sloughing off the skins. Use beets in salads, soups, even in smoothies.

Fill a large, lidded pot with enough water to cover the beets.

Bring the water to a rolling boil.

Carefully put the beets into the boiling water.

Turn the heat down to a low boil/fast simmer.

Cover, but leave a gap for steam to escape. (Use a wooden spoon or other heatproof object for this purpose.)

Cook the beets for 30 minutes.

Uncover, and remove the smaller beets with tongs. Place them in a colander in the sink, and run cold water over them.

Recover the pot, leaving a gap for steam to escape, and allow the larger beets to cook for another 15-25 minutes.

After 15 minutes, uncover, and squeeze the larger beets with tongs to see if they're done. They should have a slight give, and the skin should begin to gap away from the beets.

When the beets are done, turn off the heat, remove the remaining beets from the water with tongs, and place them in a colander in the sink. Peel with your fingers when cool enough to handle.

Here’s a sample of the beets I found in my farm share. They’re different varieties, colors and sizes, but you can boil them all together in one large pot with a lid.

Heat water in a large saucepan to a rolling boil, then carefully put the beets into the boiling water. You may add salt if you wish, but I don’t. Turn the heat down to a low boil/rapid simmer and cover the pan, but leave a gap. I use this cute little silicone man designed for that very purpose.

After 30 minutes, remove the cover and take out the smaller beets. Recover, leaving a gap, and cook the larger beets for another 15 to 25 minutes.

When the beets are done, put them into a colander in the sink. Cool them under cold running water until they are cool enough to handle. They’ll still be quite warm. Then, wipe away the skins, which usually slide off very easily. Red beets with thinner skins may require a little more urging to release their skins.

Sliced beets are great in cold summer salads. Use them in soups, or even in smoothies.

How to Cook Garlic Scapes (with Kale) 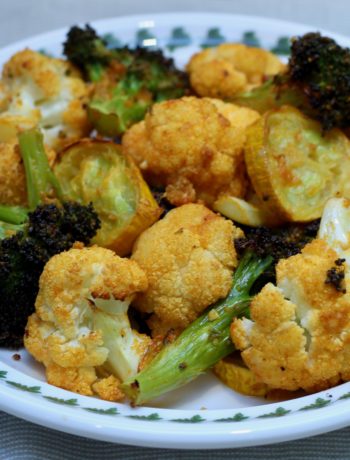 How to Make Perfect Popcorn 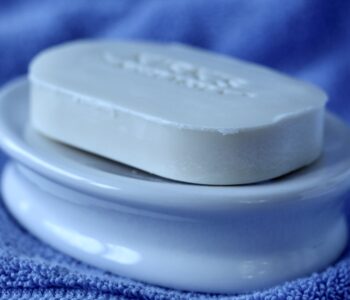 Why Skip the Soap in the Shower?

The Easiest Way to Remove Stems from Kale 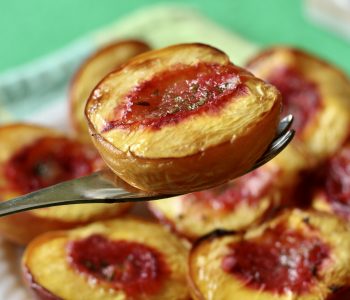 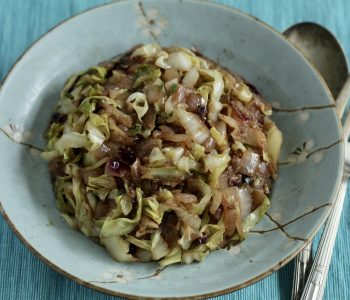 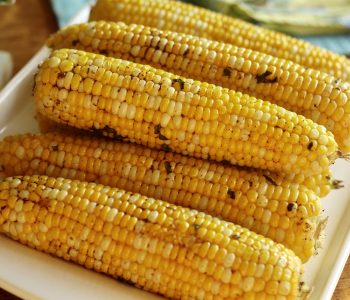 Roast Corn on the Cob with Vegan Chipotle Butter